About Us » Monroe School History

Monroe Elementary School is the oldest school in Monrovia.  It was initially called  Orange Avenue School when Colorado Boulevard was still named Orange Avenue amid the orange groves of Monrovia.  The original two-story building was located at the west end of the campus, where we now have a field. In 1937, the school was renamed to honor the founder of Monrovia, William Monroe.  (Many people think it is named after the United States President James Monroe.)
The BRAVO Award for excellence in the arts is presented annually by the Education Division of the Los Angeles Music Center.  In 1998, this prestigious award was given to our school to recognize the collaborative music and dance program we established with the Performing Arts Department at Citrus Community College. College staff and students worked with our team and 44th-grade students to present an original musical production.
The year-long project involved dancing, singing, acting, and a significant production's various aspects. Every student had a role, and the community was welcomed to the performances.  It was a fantastic learning opportunity for our youngsters.
Monroe is honored to be named a California Distinguished School and a Title I Achieving School. California bestows these titles on schools that have made significant strides in academic performance and growth in a broad range of student support areas. Intervention, varied teaching strategies, library skills, and a strong core curriculum have enhanced the educational opportunities at Monroe.
The Monroe campus was renovated during the 1999 - 2000 school years. Much-needed electrical updating has enabled extensive use of computers, both in the classrooms and in a fully operational computer lab. The system also supports additional electronic devices, such as our newest purchase for every classroom  - 'ELMOs' - a high-tech aide that replaces overhead projectors and provides various applications.
Staying in step with technology is a priority for the continuing success of our students. The Monroe Computer Lab was outfitted with new computers in 2008.  We also enjoy an extensive library featuring over 12,000 books, videos, and periodicals.
In the fall of 2010, Monrovia Unified School District began to house our Dual-Immersion Spanish and English program for Kindergarten students at Monroe School.  This exciting program currently continues with Transitional Kindergarten through fifth-grade students.  If you have any questions or would like to have a tour of our school, please call the office at (626) 471-2300. 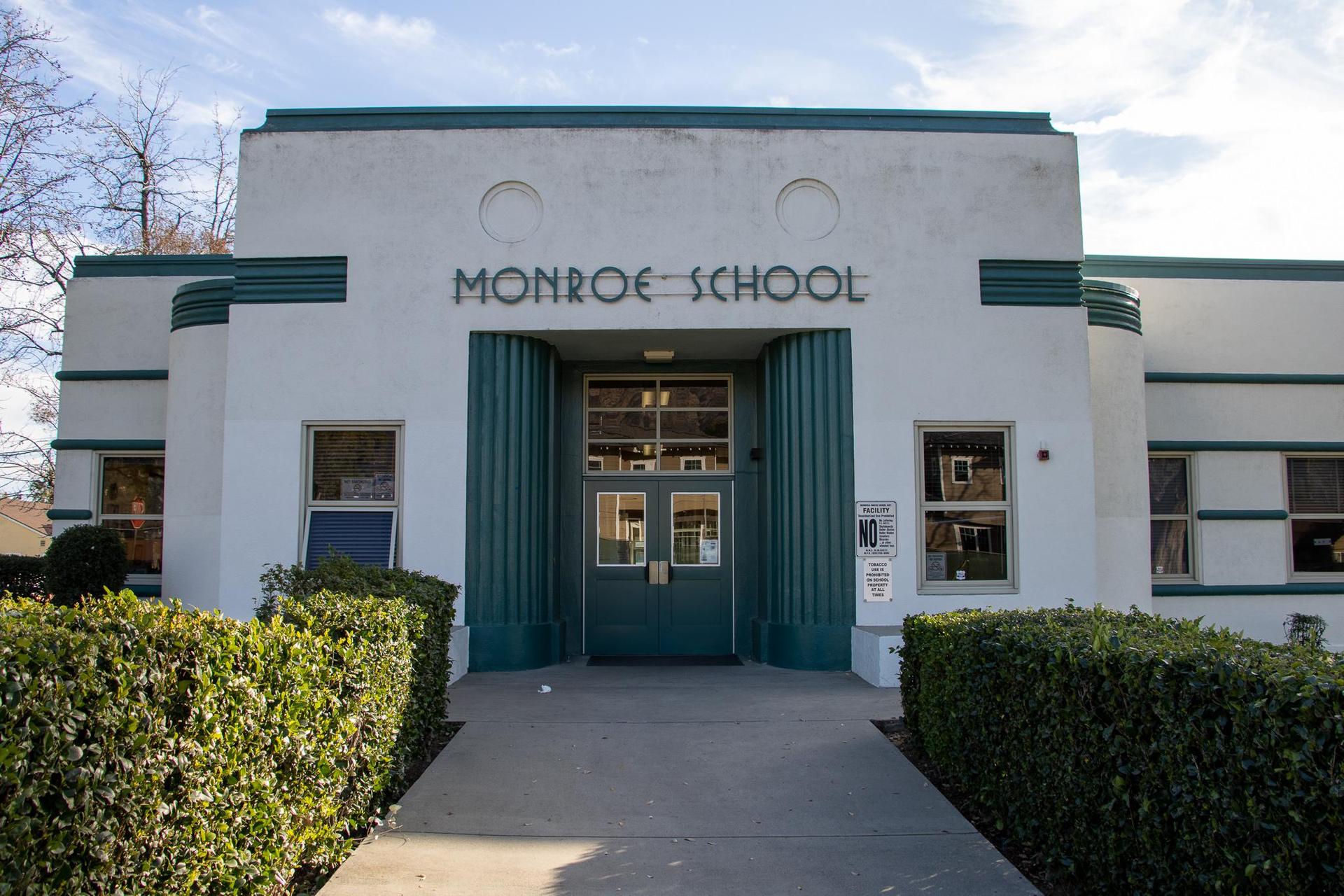